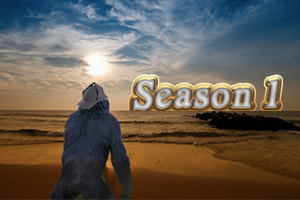 The very first season of Monkey Detective. On March 20th, 2019 Monkey Detective began his journey through the occupational world to find a lifestyle that suited him. Join Monkey Detective as he solves some real mysteries and discovers just about every career in the book. 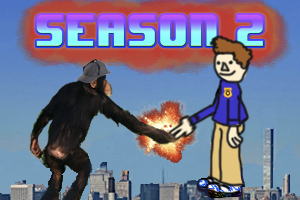 Putting a new spin on the show, Monkey Detective is gifted a partner. Within the many connected story arcs of this season, he and Jeb Goldstein make sure shenanigans ensue wherever they go. Lots of new, zany, old, and told characters. 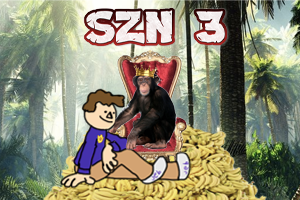 Join Monkey Detective and Jeb on their final journeys as they solve crime, kick butt, and practice their social awareness. With new friends, old friends, and even Eminem Jr. (no relation), monkey business never fails to arise in the streets of Stamford City.

Monkey Detective is a weekly radio drama run by three high school students. The main character of the drama is Monkey Detective, a mischievous chimpanzee who likes to solve crimes. You can tune into 90.3 FM WWPT or head to wwptfm.org to see what kind of trouble Monkey Detective gets into each week. As of now (March 2021) we air our episodes on Thursdays at 3:00pm. After our episodes, we usually spend under an hour talking about things, playing music, and interviewing guests.

Who are we? We are (in no particular order) Shane Gordon, Oscar Hechter, and Jack Goodman, three students of the class of '21. We thought it would be really great to be able to put down that we hosted a chimpanzee-oriented radio drama on our college resumés, so we did just that. Kidding!

Click the image below to see what guests we've interviewed on our show!

Questions, comments, concerns, suggestions, fan mail, complaints - they can all be emailed right over to us.